Daily we are uses so many types of flours.

or products that have formulated by these flours.
These flours may be adulterated with toxic substances or other cheap flours or other material that can increase quantity to  monetary beneficial for seller.

Lathyrus   sativus  is  a  native  of  southern  Europe  and  Asia. Lathyrus sativus conations a toxic alkaloid-  β-oxalyl-L-α,β-diaminopropionic acid (ODAP, also known as β-N-oxalyl-amino-L-alanine, or BOAA), is responsible for lathyrism, a nervous disease that cripples man throughout his life.   This  disease is known  to result  from  an excessive  consumption   of the Khesari  flour (Lathyrus  sativus)  which  is a  hard  crop  with  wild  growth  and  drought  resistance   and is cheaper  than  other conventional   pulses.  Similarity   in appearance   with Bengal gram dal and Tur (Arhar)  dal has prompted  its use as an adulterant.  It is a very common adulterant in Bengal gram flour (Besan flour). Though  the existence  of the disease  has been  known  for a long time, no effective  steps have  been  undertaken  to control  it effectively. 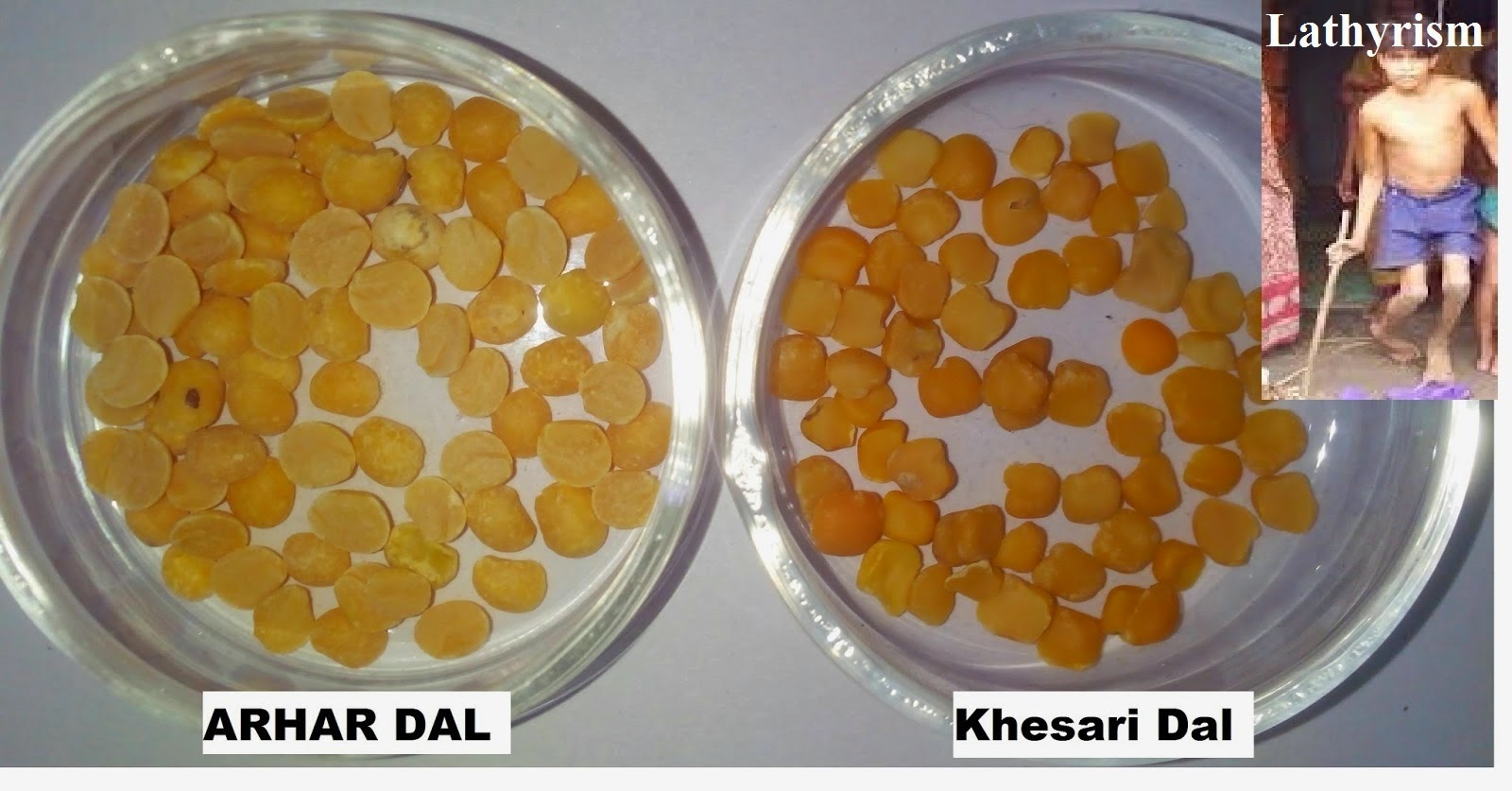 Reason for adulteration: To increase the brightness of gram flour for look like a better quality.